Just about everyone knows the movie Home Alone. The main character is Kevin McAllister, an 8-year-old troublemaker who accidentally gets left behind in Illinois when his family goes on vacation to Paris. The family can’t fly back due to snowstorms, meaning Kevin is left alone in the house for a couple of days.

Two burglars decide to target the home as soon as they realize that a kid is by himself. Little do they know what that kid is capable of doing, as he turns their lives upside down with his array of traps and hacks.

The movie is hilarious and great for all ages. However, it does highlight how far some burglars may go to break into your home and take your belongings. So, on a serious note, it’s important to keep your home and belongings protected. Just Stealth have some nifty secret safes to keep valuables in whilst they’re not being used. This way you can feel relaxed about leaving your most precious items at home.

On top of the continuous fits of laughter and entertainment the movie provides, we get to witness an array of useful hacks that can help keep robbers at bay. Let’s take a look at some of the practical ones referenced in this comedy classic. It is a fact that houses with more activity/people at home are less likely to be targeted by thieves. As soon as Kevin realizes that that potential burglars might have their eyes on his house, he comes up with a plan to set up cardboard characters with attachable pulleys which make them move. From an outsider’s perspective, their shadows look like those of actual people. Not only that, he also throws a fake Christmas party with loud music and pre-recorded laughter. As a result, the burglars decide not to target the house that night.

There is an important lesson here for homeowners: your house should look occupied and active to avoid potential robberies. Burglars tend to avoid such houses.

Make sure your household is properly illuminated, especially at all the entry and exit points, so that any suspicious activity can be monitored accordingly.

There are other ways to make your house look active. Trimming your lawn regularly and picking up your mail on a frequent basis also present the appearance of an active household.

Adults Should Answer the Door

When Kevin is hungry, he decides to order pizza. The scene is hilarious, as Kevin uses dialogue from a movie scene to answer the delivery guy. The dialogue comes in the form of a threatening voice, and the delivery guy makes a run for his life after getting paid. There is an important lesson to be learned here, especially for your kids. Adults should be responsible for answering the door when somebody knocks. If your child is home alone and somebody knocks at the door, your child’s response should be in a strong voice that gives the impression of adulthood. A number of security companies offer two-way communication cameras which let adults handle the door in case there is a guest. If you are unsure as to which company provides such dependable devices, you should search for home security systems on https://localcabledeals.com/

More often than not, burglars tend to study a home beforehand. In Home Alone, the burglars pose as cops in order to study the dimensions of the house and the goods present in it. Kevin catches on when he notices the shining tooth on one of the “cops” is that of one of the burglars trying to target his house.

ALSO READ  Copic markers are the Right Choice for Craft – Why?

In real life situations, burglars might pose as mailmen, cops, or something else to be able to study the house and its inhabitants. It is of utmost importance that you keep a keen eye out for imposters and doppelgangers. If there is some odd activity in your neighbourhood, your neighbours can let you know. So it is also important that you keep your neighbours in the loop if you are leaving for an extended period of time.

Have an Escape Route Planned

An escape strategy should always be kept in mind if horror strikes. That horror doesn’t necessarily has to be a burglary. If a fire breaks out in our house, or there is a major gas leak, you should always know which routes or steps to take in order to escape from potential danger. A confrontation with burglars might still happen. If it does, do not attempt heroic feats of bravery in front of them. You should keep in mind that your life is more important than any material possession. 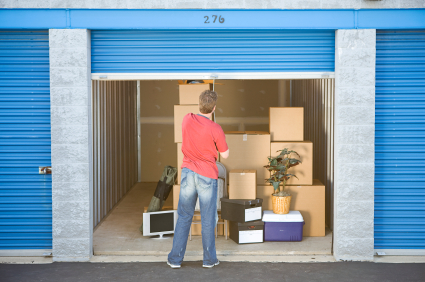